The average life expectancy in Angola is 38 years old.

In 2010 over 655,000 people died of Malaria. (World Health Organization).  Over 10 million children die each  year from preventable causes: diarrhoea, pneumonia, measles, malaria, HIV/AIDS, malnutrition.  More than 164,000 people, mostly children under 5, died from measles in 2008 even though effective immunization costs less than 1 US dollars and has been available for more than 40 years.  Tatyana was born and lived in Eastern Europe so she knows the hardships people face trying to survive. 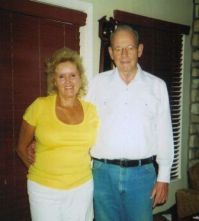 If you work for FMI they will match your donation up to $500.00, follow link below.

Make today special for someone in need

According to the Human Development Report, 1 of 2 children live in poverty.

Make a special gift for someone in need by donating a gift of food, medicine, clothes or toys.